Longtime resident, Jo Bankston, has lived through decades of change, both within Timbergrove Manor and Houston in general, but the one fact she’s most proud of is the one that coined her “Houston’s first woman police officer” to graduate from the Houston Police Academy.

Timbergrove Manor resident Jo Bankston had the distinction of being coined “Houston’s First Woman Police Officer” when she graduated from the Houston police academy in 1955.

The year was 1955 when Mrs. Bankston was invited to join the Police Academy, after working years before that as a clerk at Houston’s City Hall. While the Houston Police Academy existed at this time, women were not allowed to be trained there. Female officers were a new and unproven entity, actually an almost unheard of idea in Houston at the time. Jo went on to graduate from Class No. 12, which would be the first class to have had four women recruits. Mrs. Bankston was the only one of the four to live to enjoy retirement years. Mrs. Bankston and the other three female graduates from the Police Academy were trailblazers in the 1950-1960 era, clearing the way for future women on the force. Anecdotally, Jo is proud of the fact that her mother hand-sewed the four women cadet hats that they wore at the Police Academy graduation and beyond.

Jo tells of many amazing and amusing stories throughout her tenure as a Houston Police Officer. She met her late husband, James C. Bankston, while on the job, and still remembers that he invited her to have breakfast with him in the police station cafeteria on a Sunday morning. She wrote, “he was so handsome, humorous, sweet, lovable and so much fun.” After marrying, they continued to work as officers at HPD, and worked the 7am-3pm shift, and would ride to and from work each day together. It was a special career being able to share their work day with each other and to live their purpose-driven lives as Houston Police Officers.

While at HPD, Mrs. Bankston spent her early years working in the Juvenile Dept., and later moved to the Narcotics Dept. In 1985, Jo retired from HPD, and her dedication to duty and her work ethic continued to follow. She remained active in both the Retired Officers 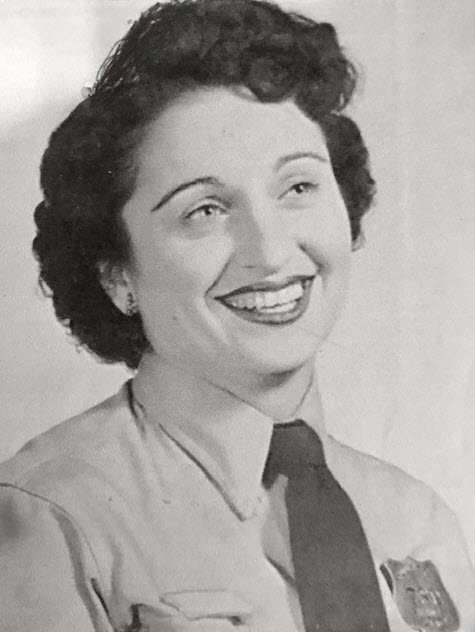 Association and Houston Police Credit Union until just a few years ago.

J.C. and Jo moved to Timbergrove in 1960 and were the first house on their block. At that time, Timbergrove was truly Northwest Houston, as not much existed outside Loop 610. The Bankston family has countless fond memories of the neighborhood and are grateful to be a part of such a special community. Yes, much has changed over the course of the decades but one thing remains - even 60 years later: Timbergrove continues to serve its neighbors well, and still proves to be a great place to live. 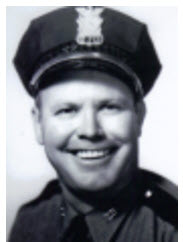